PAGASA, The Official Weather  Bureau in the Philippines, announced that Manila will be experiencing overcast rains and an occasional thunderstorm in different parts of the city. Just like the storm we are experiencing I have likewise been under the weather, again?

It all started after I came from a meeting last Monday at Commonwealth Avenue.  The first thing I experienced was an itchy dry throat and running nose.I was not aware that this was initially triggered with my sneezing continuously.

This was the beginning of catching a bad cold or worst a flu virus.

I decided to begin my blog about health especially for those who are working@home and Freelancers. As told in my previous articles I have lost a couple of close friends.

They have experienced initial signs before they succumbed to their fatal malady. My first close friend died because of a slipped disk from his spine, his health slowly deteriorated.

This left him paralyzed till he deteriorated slowly and suffered from an internal organ failure which caused his early demise.

The second was a close friend and project manager from my Systems Integration from the Structured Cabling Days. Everyone among his close friends was surprised when he died due to chicken pox which began showing up internally in his lungs.

And the last is a former boss from Sales, I was informed by his wife that way back in December. My friend Eric T, was suffering from fatigue and chest pains. He suffered a fatal massive cardiac arrest last July.

Just a word of friendly advice, as soon as you are not feeling well. It is important not to self-medicate. Instead, confide with a family doctor or a medical professional. Perhaps this would save your life.

The Essence of Taking Immediate Action

Ningas-kugon (ningas kugon), which means “flaming cogon grass” or figuratively, quickly going up in flames. It refers to the Filipino cultural trait of very enthusiastically starting things, but then quickly losing enthusiasm soon after.

Hope you were entertained by the short Spy vs Spy Giphy popularized by the MAD Syndicated magazine in the late sixties and early Seventies. We can learn some lessons from this once syndicated comics of the early 1960s to the late 1970s. The importance of taking drastic action towards a conflict that could have been contained at an early stage

Seventy-Two years later after the war of World War II ended, there were Several Mistakes the Allied made in the European Theater of War. A  German Military Commander exclaimed that in 1939, The Nazi Army had only 23 German Divisions. Whereas the combined Allied Forces which consists of 110 British and French Forces in the West were held completely INACTIVE against the 23 Germand Divisions. One General added that had the French attacked in full force in 1939. The German army would not last one to two weeks. Perhaps, there would be a different out come of the War.

There are many times Society, Groups of people or plain individuals are all fired up with emotion, desire and gist to take action. Somehow the stupor of fever wains when they see that the task ahead was harder to do, overcome, and overwhelm. Petrified with fear and ignorance, setting aside the course of action to take. The worst thing to do is to set it aside and procrastinate; hoping that there would be a proper time to execute and do what is needed to be done.

The worst thing to do is to set it aside and procrastinate; hoping that there would be a proper time to execute and do what is needed to be done.

Interesting Daddy Felix, What has this got to do with your topic?Thanks, let me get to my point. Some Filipinos possess the “Ningas-Kugon” attitude. There are many options right now to learn how to work on line.

I was really surprised that there are now a number of growing Filipino Influencers who are gaining popularity in terms of sharing their experience, knowledge, and expertise in the fields of Search Engine Optimization,  Digital Marketing Content, Email-Copywriting, and others.

I do agree with the comments and views of some well-known Filipino Virtual Assistant and freelancers when they stated that the number one reason why the majority fail in succeeding in their quest and desire in working as freelancers is mainly the doubt and fear of what they face especially on the unknown on what lies ahead of them. History has shown many a time when people are hesitant to take the necessary action. Only to realize that time has passed and in a given opportunity that has flown away.

Before I go let me share the words of Ms. Rochefele Rivera of Professional VA’s-Your Professional Virtual Assistant Partner. She wrote this back on July 27, 2014:

3 years ago, I shared this quote from Robert Kiyosaki and now that I read it again, let me reiterate that it’s important that our mind only has positive views about life and achieving our goals.

If we put too much negativity, we’ll attract them and most likely have a difficulty getting by.

In the online business industry, starters are unstable as any other traditional businesses out there so believing in what you do and where you’re going is very important.

1. Think positive and believe in yourself
2. Write down your goals
3. Find your passion and earn from it
4. Start NOW and don’t look back
5. If you fail, DO IT AGAIN!

“Remember, your mind is your greatest asset, so be careful what you put into it. ” 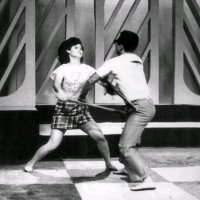