Why Celebrate Fathers Day?  (It Began with an Idea)

There have been many disputes on when did Father’s Day first start.  It seems amusing to know that this anniversary was conceptualized two months just after the birth of Mother’s Day.

over 117 Years. Father’s Day is being celebrated by over 40+   various Countries word wide.

Here’s a Trivia for you. Do you know that in the Middle Ages Roman Catholics celebrate the occasion every March 19 each year?

This is also known as St. Joseph’s Day, this celebration was brought by Spanish and Portuguese to Latin America.

Originally I thought Father’s Day was celebrated every second Sunday of the month of June. Come to think of it I myself have been wondering when did Father’s Day officially start.  Perhaps, for this reason, I decided to write this blog to dedicate Father’s Day in celebration of Fatherhood.

A customary day for the celebration of fatherhood in Catholic Europe is known to date back to at least the Middle Ages, and it is observed on 19 March, as the feast day of Saint Joseph, who is referred to as the fatherly Nutritor Domini

(“Nourisher of the Lord”)

in Catholicism and “the putative father of Jesus” in southern European tradition. This celebration was brought to the Americans by the Spanish and Portuguese, and in Latin America, Father’s Day is still celebrated on 19 March.

The Catholic church actively supported the custom of a celebration of fatherhood on St. Joseph’s day from either the last years of the 14th century or from the early 15th century, apparently on the initiative of the Franciscans.

In the Coptic Church, the celebration of fatherhood is also observed on St Joseph’s Day, but the Copts observe this celebration on July 20. This Coptic celebration may date back to the fifth century. (Source: Wikipedia)

The idea of celebrating Father’s Day began way back in 1909 by Sonora Smart Dodd of Spokane of Washington.Senora Dodd was listening one day to a sermon about a tribute for Mother’s Day. She thought and decided to designate a day to celebrate Father’s Day.

Father’s Day is significant for me and my siblings. My grandparents told me a story. This happened in February 1945. All the bridges in Manila were being blasted by the Japanese Imperial Forces. One particular bridge called the Lambingan Bridge that was close to Sta. Ana and Kalentong were prepared to be blown up.

There was confusion, sporadic shots were being fired by both the American and Japanese Imperial Forces. People were running away from the mayhem of battle against the onslaught of the Japanese Imperial Forces and the juggernaut Liberating Forces of the Americans. As soon as Tatay Francisco Bonifacio heard the explosion, he instinctively used his body to shield his daughter who was then 17 years old. A seventeen inches steel metal shrapnel hit and struck the back lower side of Tatay Francisco Bonifacio. Tatay Francisco fell and lurched forward embracing his daughter. Francisco G. Bonifacio was able to survive till he passed away in the middle of the 1980’s. The daughter he saved by shielding his body is no less than our mother.  Multi-award Palanca awardee for English Short Story, Luning Bonifacio Ira.

I  know every father has his own unsung hero story to tell. While your father is still around, appreciate them. Embrace them, tell them how you feel and especially bond with them.

Thank you and I would like to greet each Father…. 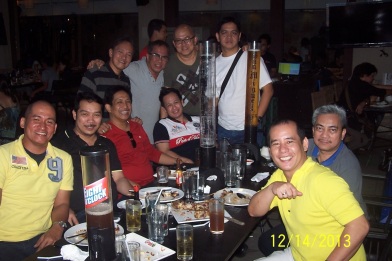 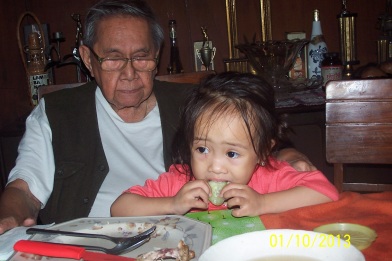 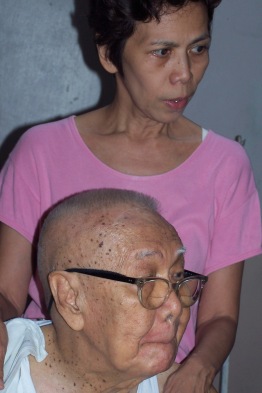 4 thoughts on “Wondering Thoughts 6.9.2017 Father’s Day in the Digital Realm”

A simple guy who enjoys life and helping out people. I love photography, writing, blogging and Social Media Marketing. My specialty is getting the job done and to simplify things for you. Check me out!